An artisan kome-ame (rice syrup) is more than a sweetener

The history of kome-ame in Japan is said to date back to ancient times. A kome-ame has been a familiar sweetener among Japanese people since a long time ago, and it is thought that “amber-colored syrup” was the mainstream.

With this blog, I would like many people in the world to know about “An ame producer who has protected traditional manufacturing methods by inheriting the family secrecy to one child,” while tracing the origin of ame and its transition into the modern day.

According to Nihon Shoki, which is the oldest chronicles of Japan, it is believed that Emperor Jimmu, the first emperor of Japan, had created ame. For the ancient people, ame-sweets were precious, and it seems have to been realized that the whole country would be reign without conflict if ame-sweets could be all shared among the people.

Emperor Jinmu – Stories from “Nihonki” (Chronicles of Japan), by Ginko Adachi. Woodblock print depicting legendary first emperor Jimmu, who saw a sacred bird flying away while he was in the expedition of the eastern section of Japan.

Made from only water, rice and barley

In order to make kome-ame, limpid natural water, glutinous rice and barley are the required raw materials, and it sounds similar to making of Japanese sake or beer. The enzymes contained in the malt break down the glutinous rice starch and turn it into a clear, amber-colored sweet liquid. The natural sweet kome-ame is rich in nutrients such as oligosaccharides, minerals and various amino acids, so it would have been more than just a sweetener. 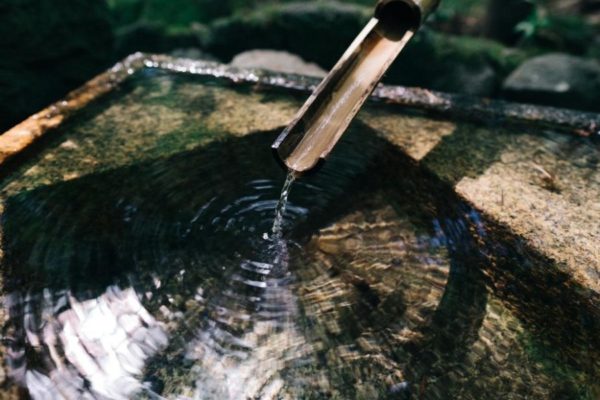 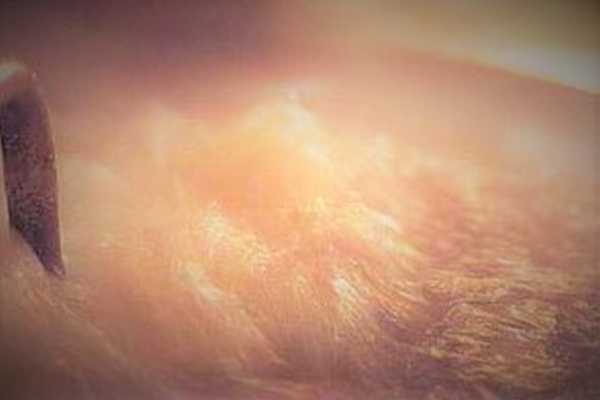 Ame as sweet candy spread during the Edo era

It is said that since the Edo era, eventually ame has reached the general citizen as sweet candy in Japan. Commercial distribution of brown sugar made from sugar cane began, and it seems that the variation of candy as sweets spread quickly. At Senso-ji Temple in Edo, Chitose-ame were sold. On the celebration day of Shichi-Go-San (7-5-3 years old), Chitose-ame was a symbol that parents hope of healthy growth and longevity of their children. The thin and long shape of Chitose-ame represents longevity, and it’s colored in red and white as for good luck. 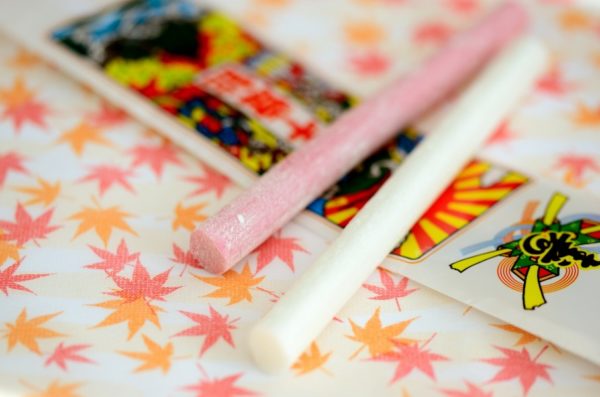 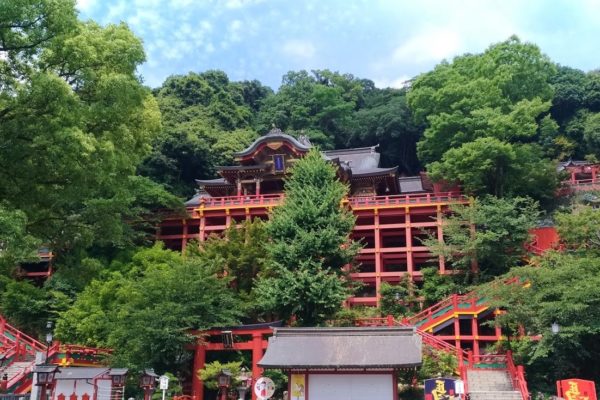 In Kashima city, the southwestern part of Saga prefecture, there is the Ogasawara Shoten that has protected traditional manufacturing methods with “Isshi Soden” (the concept that farther hands-over to only one of his sons over generations) since its establishment in 1822. It is a long-established ame producer that has been a purveyor of shrines and temples since a long time ago, and has been trusted by Ohsawa Japan, a major macrobiotics food company. By using limpid natural water flowed from the Tara-dake mountain range and filtering carefully it in a traditional iron pot, a clear, golden-colored rice syrup with a natural and deep sweetness finally is completed. 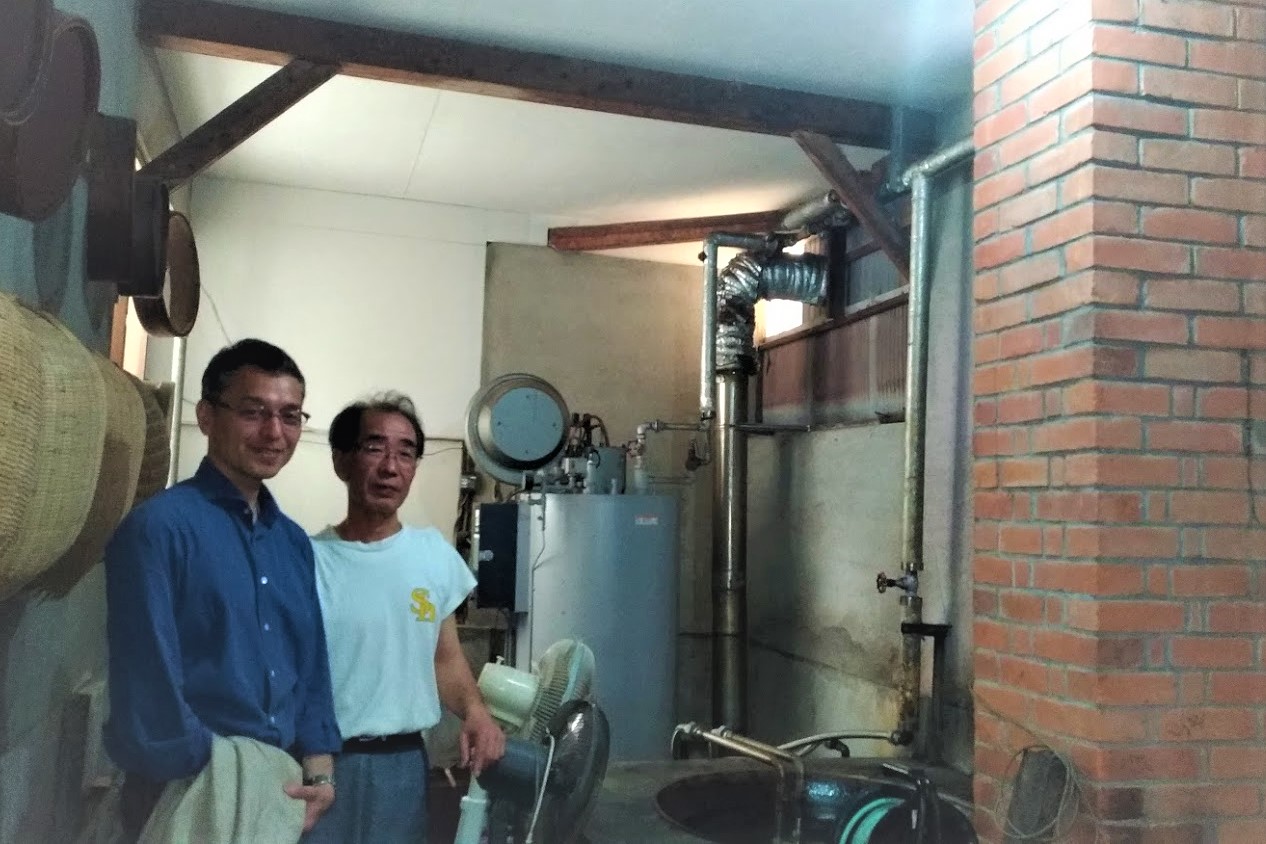 A natural rice syrup made by Ogasawara Shoten, which has neither unpleasant miscellaneous taste nor turbidity, can be used for various dishes and sweets as a natural sweetener or seasoning. We are planning to seek new partners in European countries in cooperation with Ogasawara Shoten in a near future. It will be more interesting if this traditional technology can be further developed overseas as well as the export of goods. 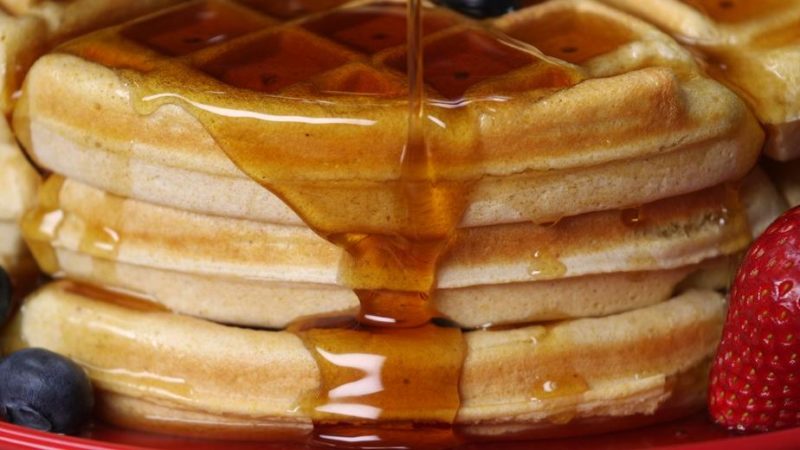